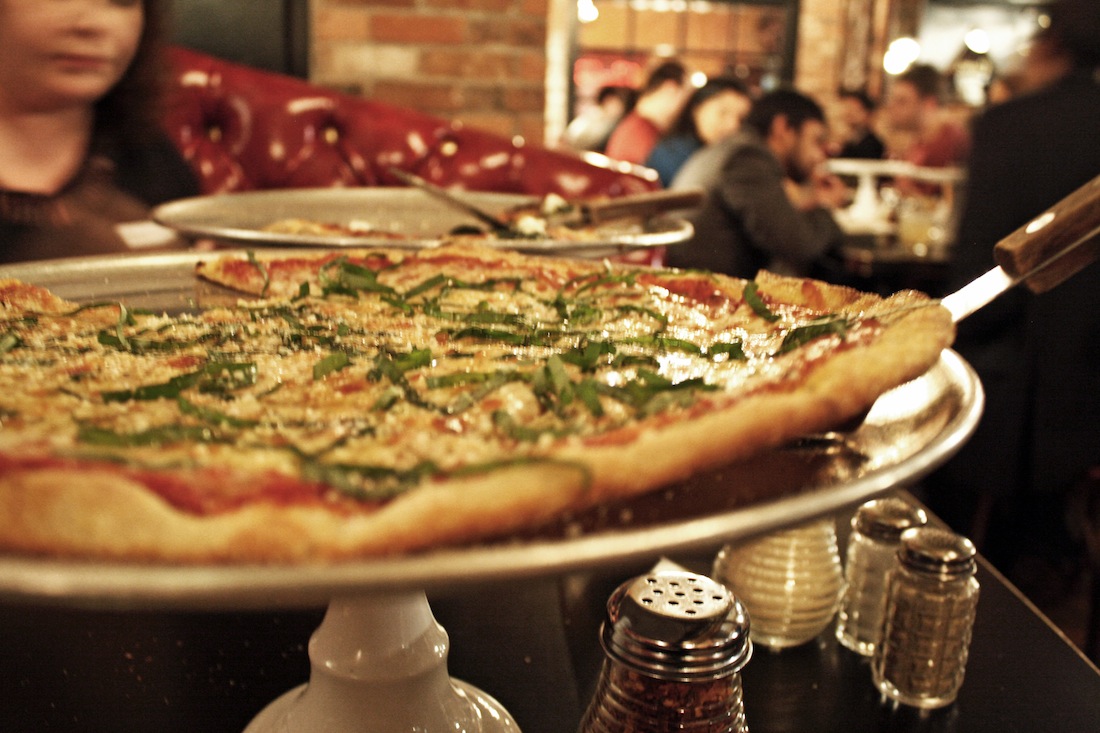 Those who know me know that I have a somewhat large affinity to whiskey. When I found out about an event to learn how to make whiskey cocktails while noshing on Chicago-style pizza, that was it – you had me at whiskey.

To jog your memory, Simmr provides fun, food experiences and ups the ante with what it means to have a restaurant experience (check out my review of their Onigilly event here). 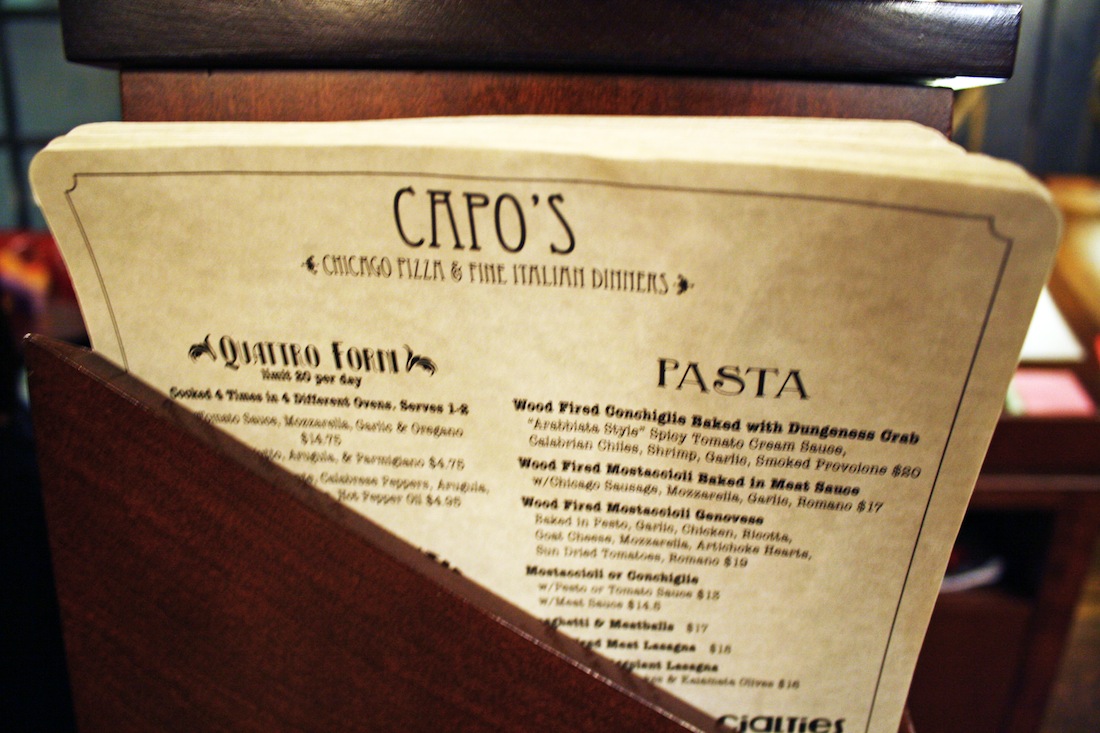 This time around, the event was hosted by Capo’s Pizza, the sister restaurant to the famous Tony’s Pizza Napoletana in North Beach. I had eaten there last year when it first opened and was stoked to return.

Everything about Capo’s showcases old-school gangster – the brick interior, leather booths, and copious amounts of whiskey bottles at the bar. The pizzas are named after gangsters as well, from the Sam Giancana to the Frank Nitti. Juli Gregg, the general manager, knows the restaurant in and out and showed me around the place while we all sipped on our cocktails, three of which were provided with a ticket purchase. 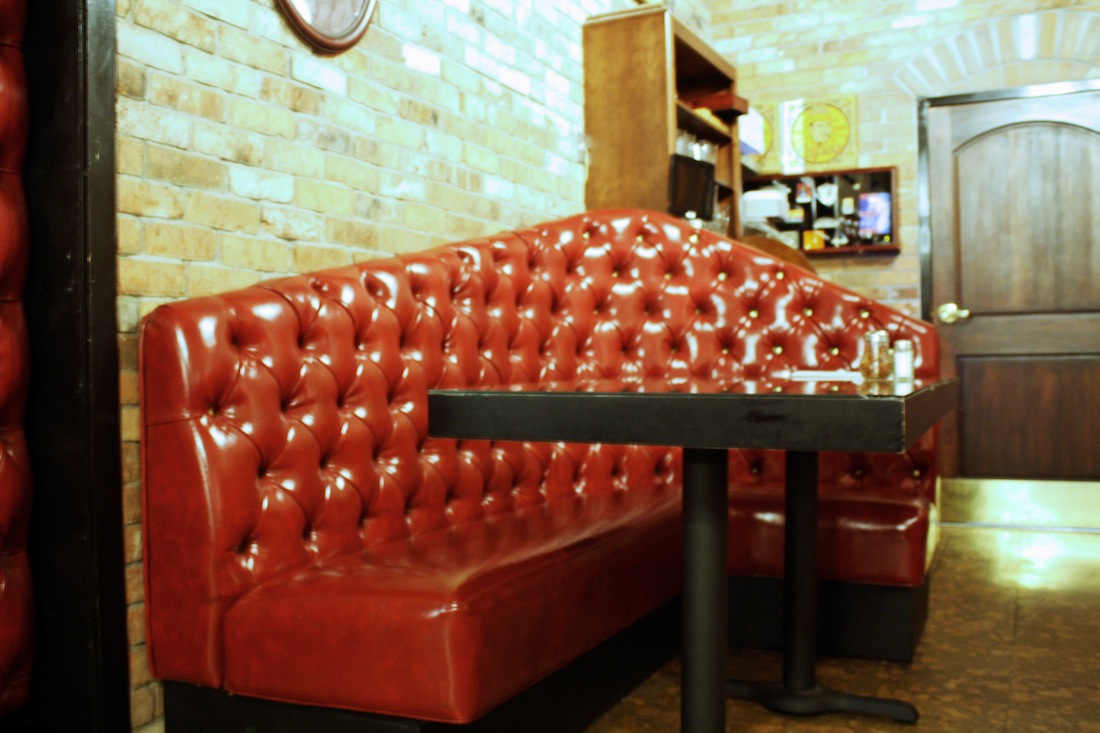 The “Al Capone” booth. How much do you want to lie down on that?!

After we all had a chance to mingle and eat pizza – a smart move given that we were about to learn how to make and drink a decent amount of alcohol – we formed teams. Elmer Majicanos, the lead award-winning bartender, demonstrated how to create a classic Manhattan and a Wise Guy, a Capo’s original. Then the fun part – competition!

Now, those who know me also know that along with whiskey, I don’t like losing. So you can bet that my team definitely won this challenge and took home a bottle of Angel’s Envy, a 6-year aged bourbon so good that even the angels want it, hah!

And because I am pushy, I asked Elmer to teach me how to make a Sazerac, which is my favorite drink. I’m not nearly as good as him, but hey, maybe at the next house party I’ll whip up some sassy Saz’s for y’all! 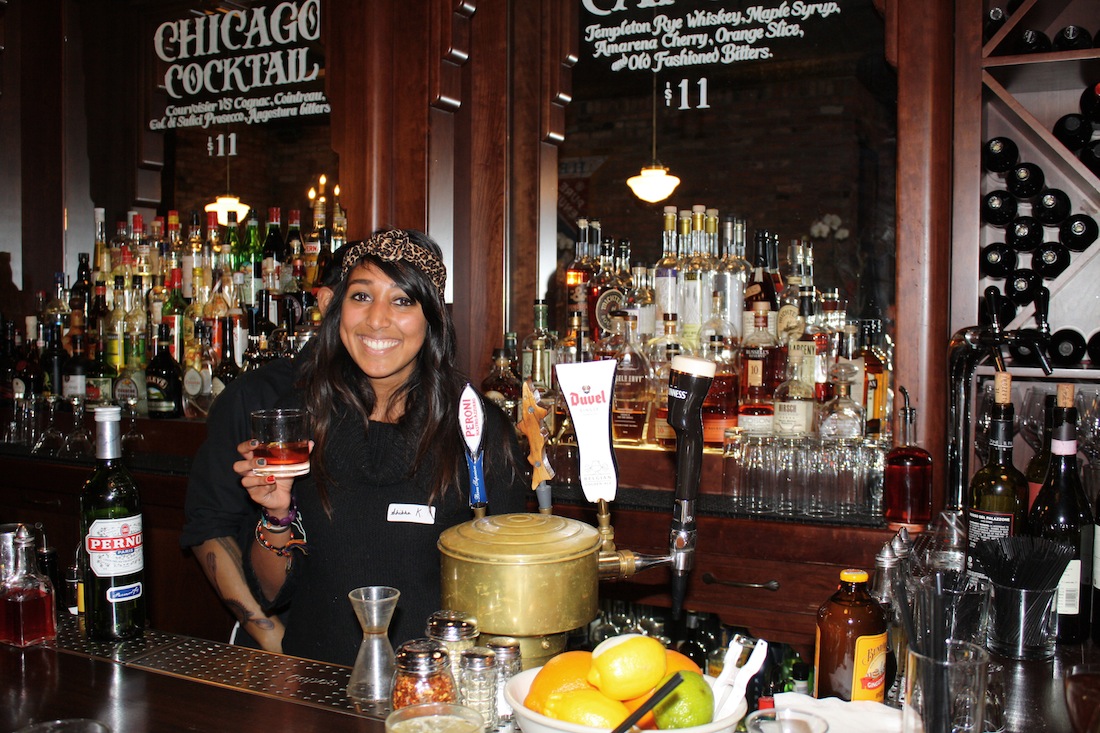 Look ma, I can bartend!

At the end of the event, we each went home with a set of whiskey stones, which was possibly one of the best gifts I have ever received. I could be biased from the whiskey allure, but I’ve got to say that Simmr knows how to put on a fantastic event with delicious add-ons and parting tokens.  Check out the photos and sign up for more of their happenings here! 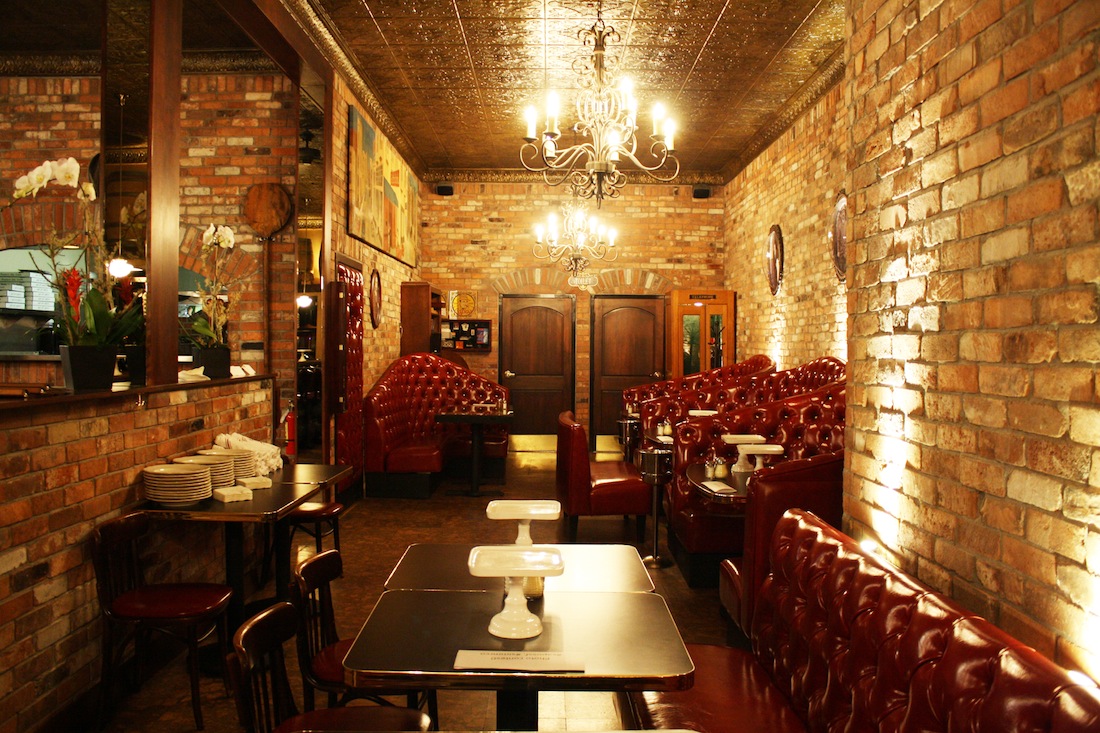 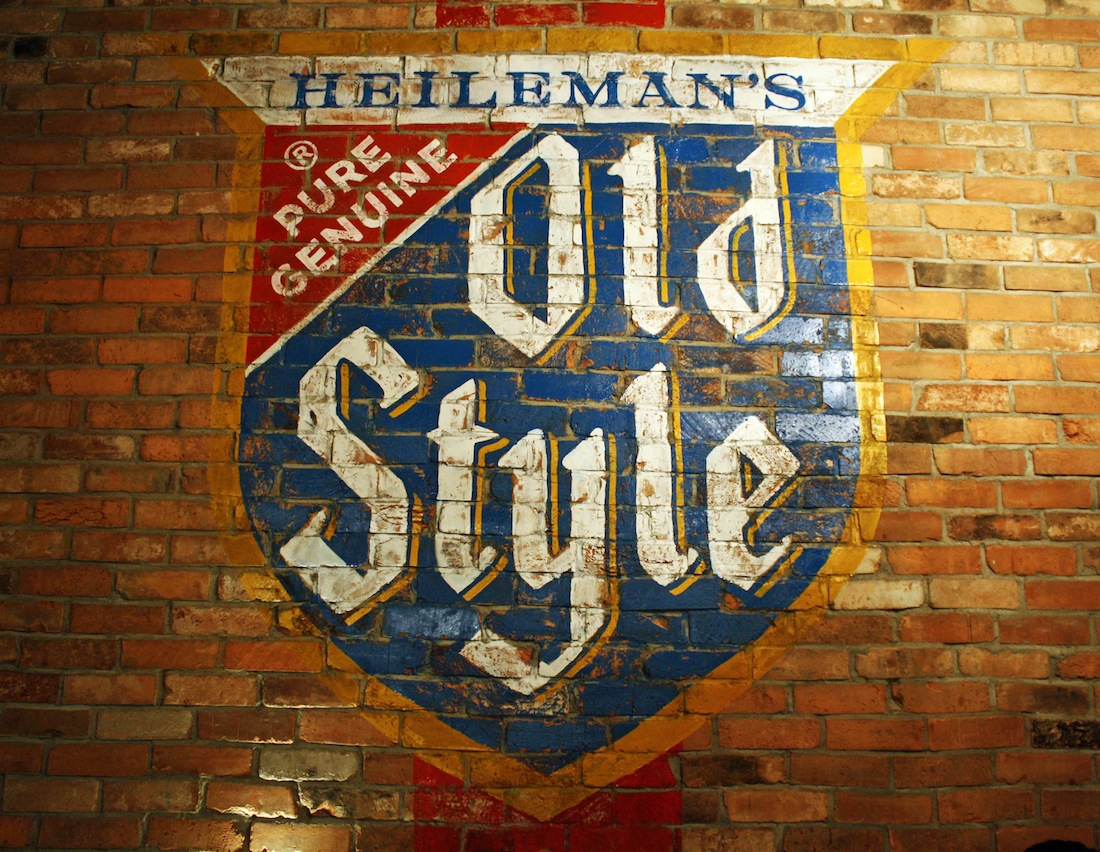 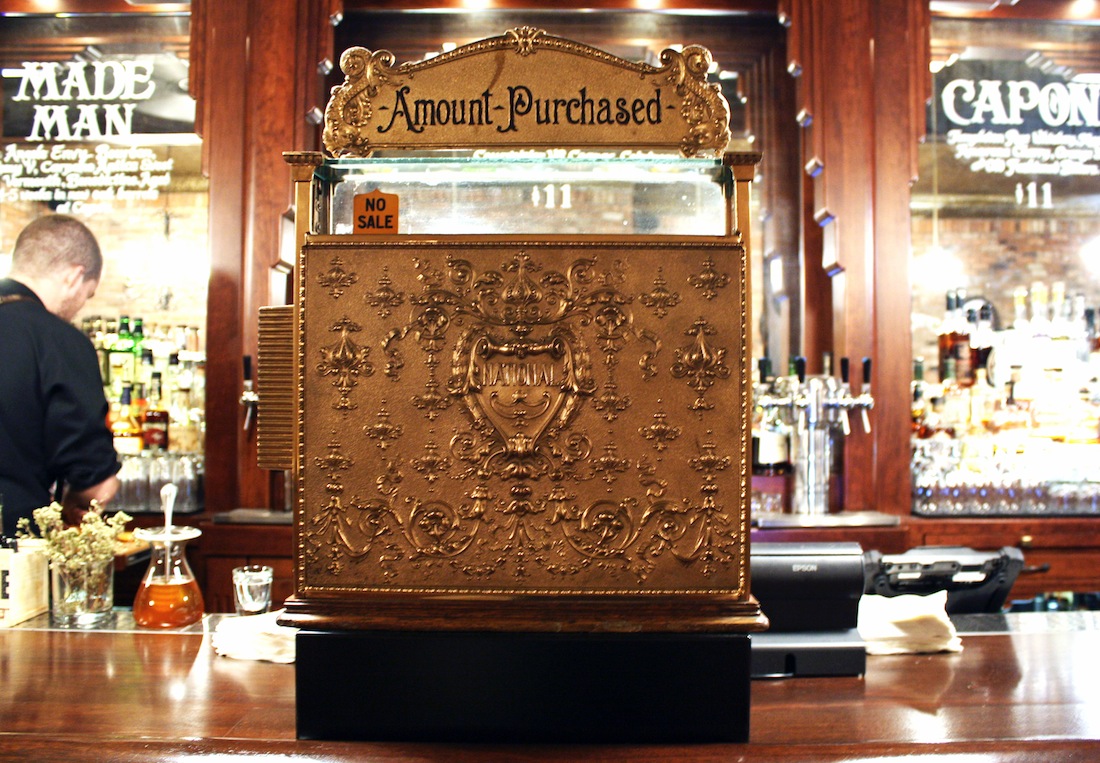 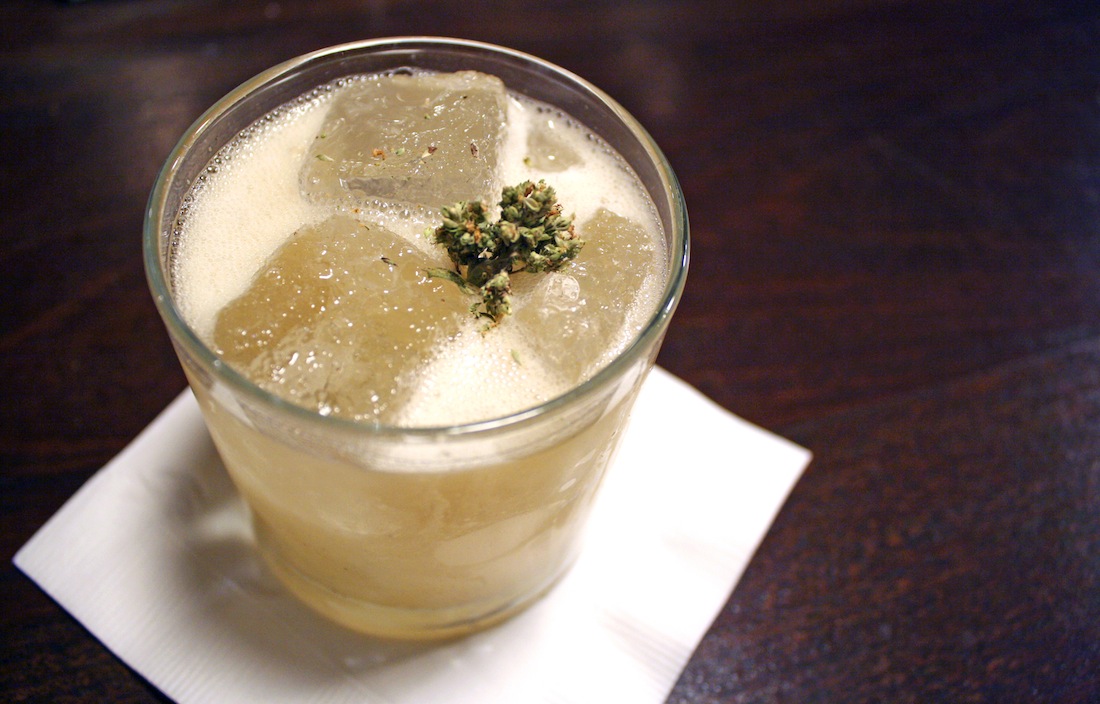 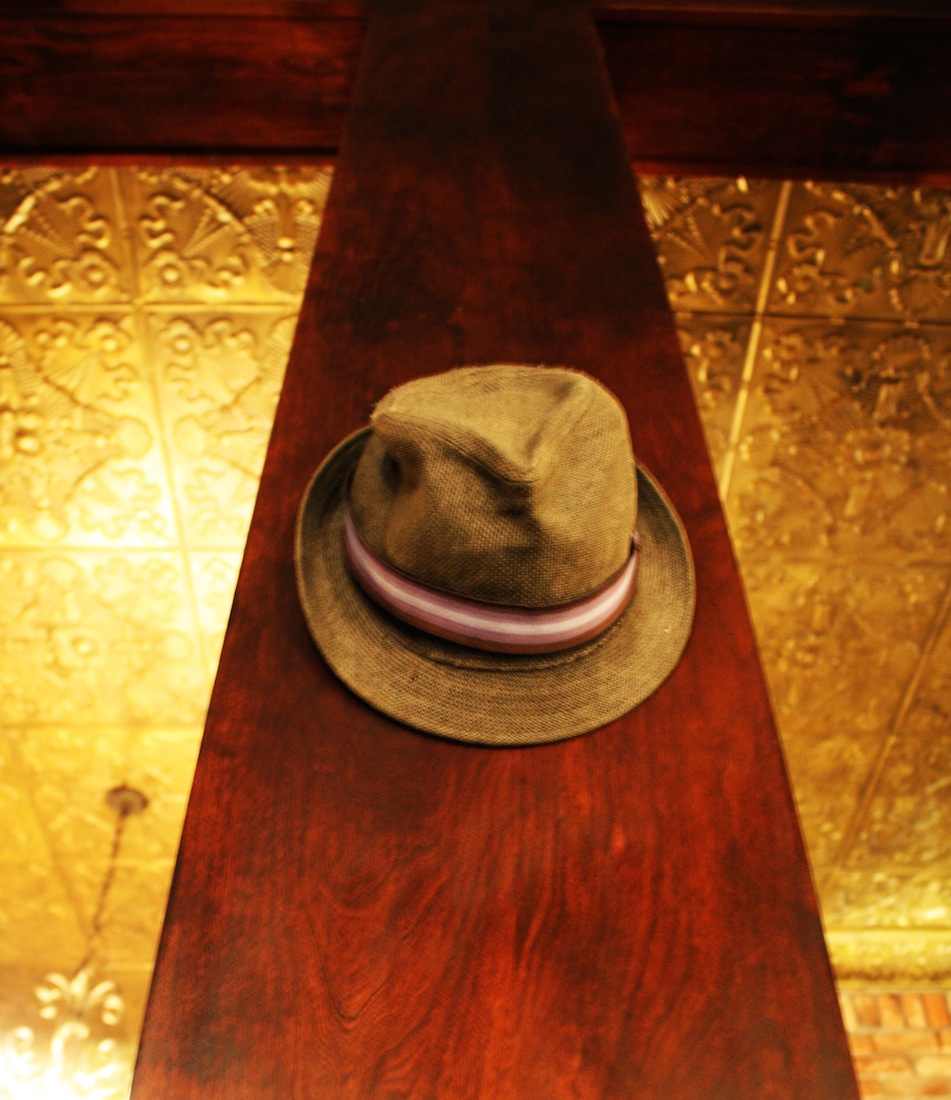 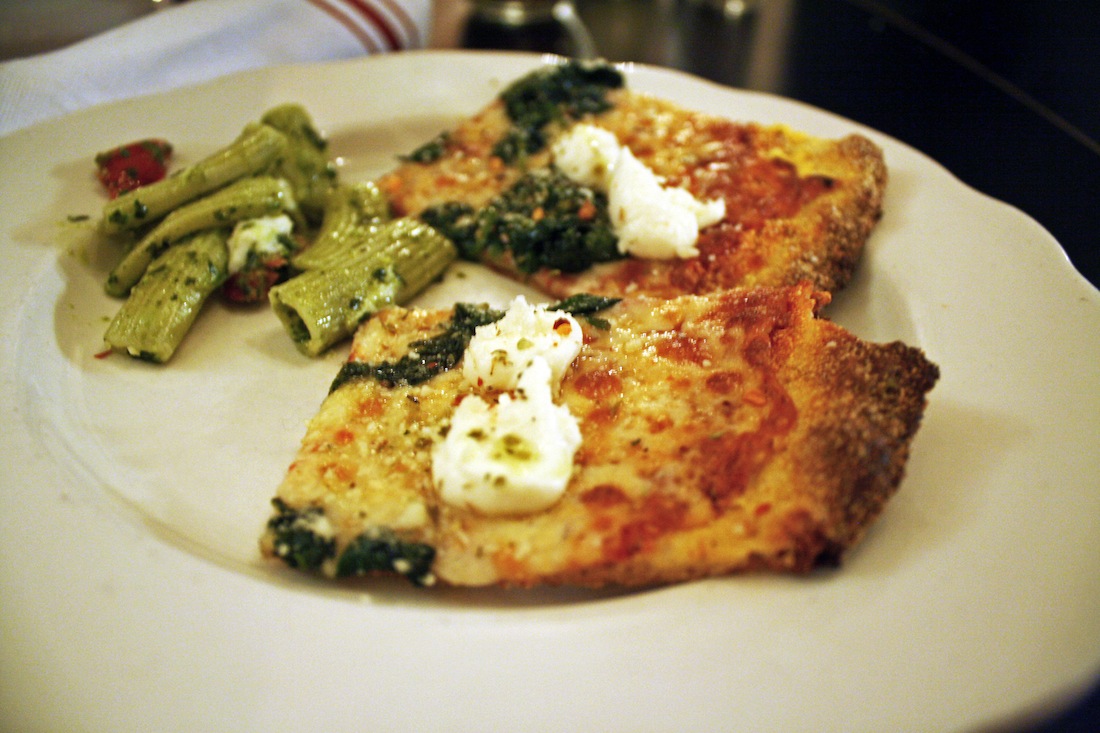 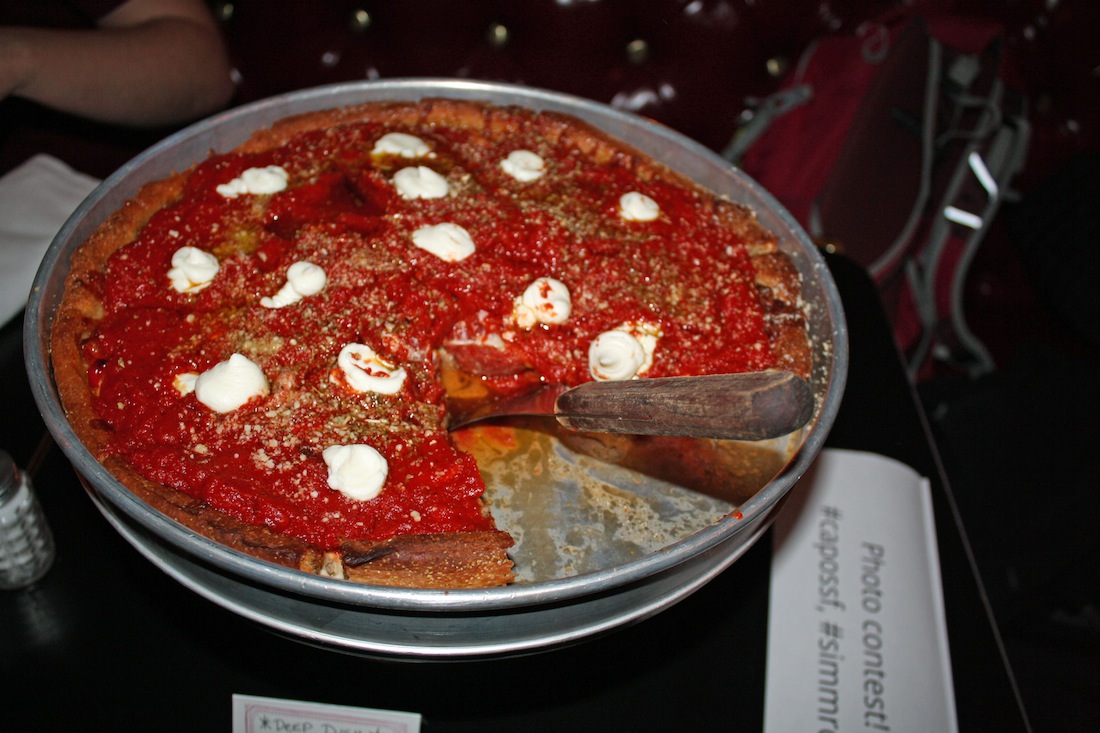 I can’t remember which pizza this was, but it was a lotta meat! 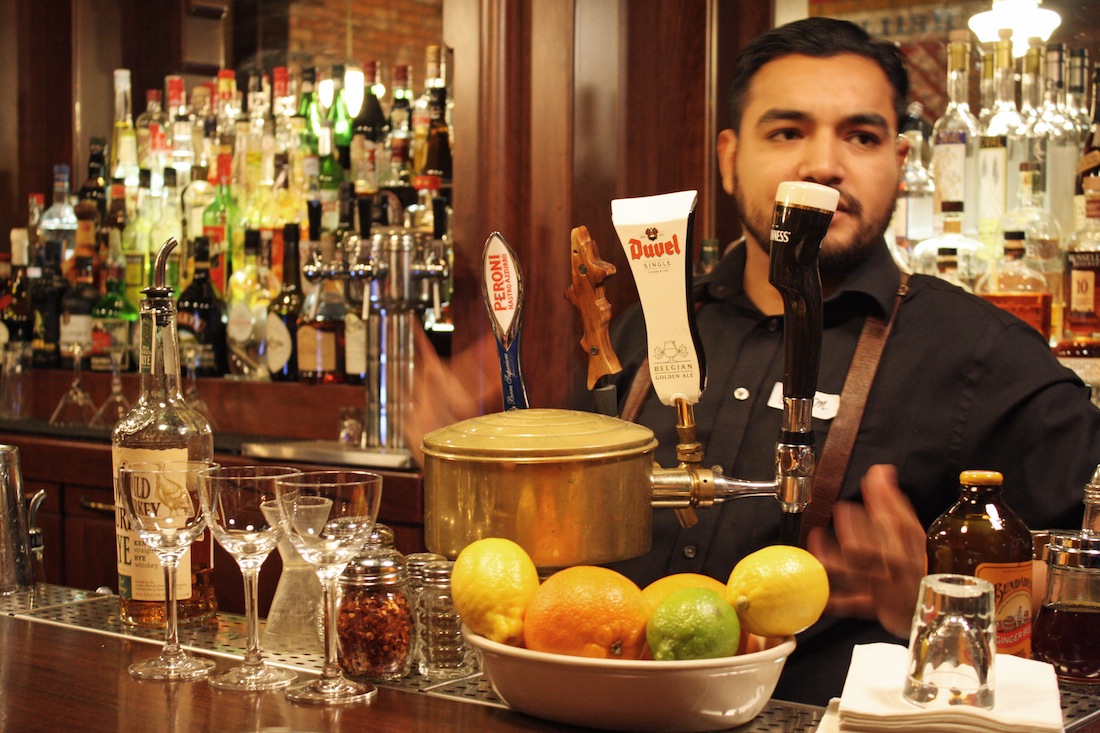 Elmer explains the cocktails to the group 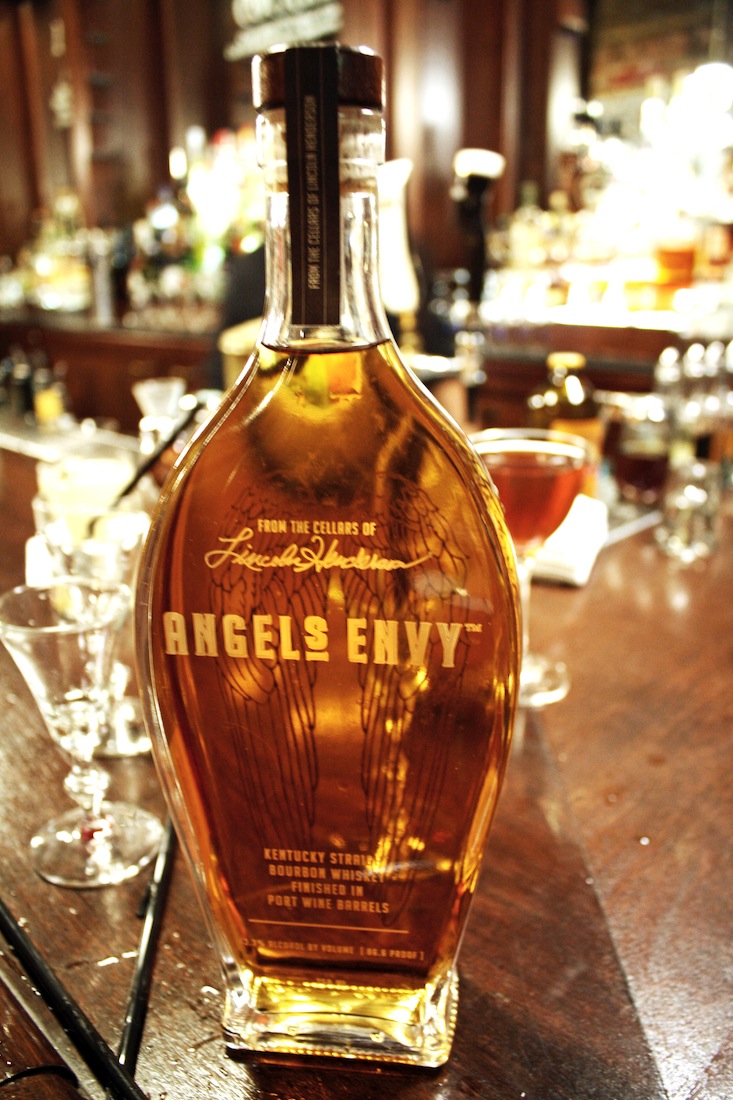 Our winning bottle of whiskey! 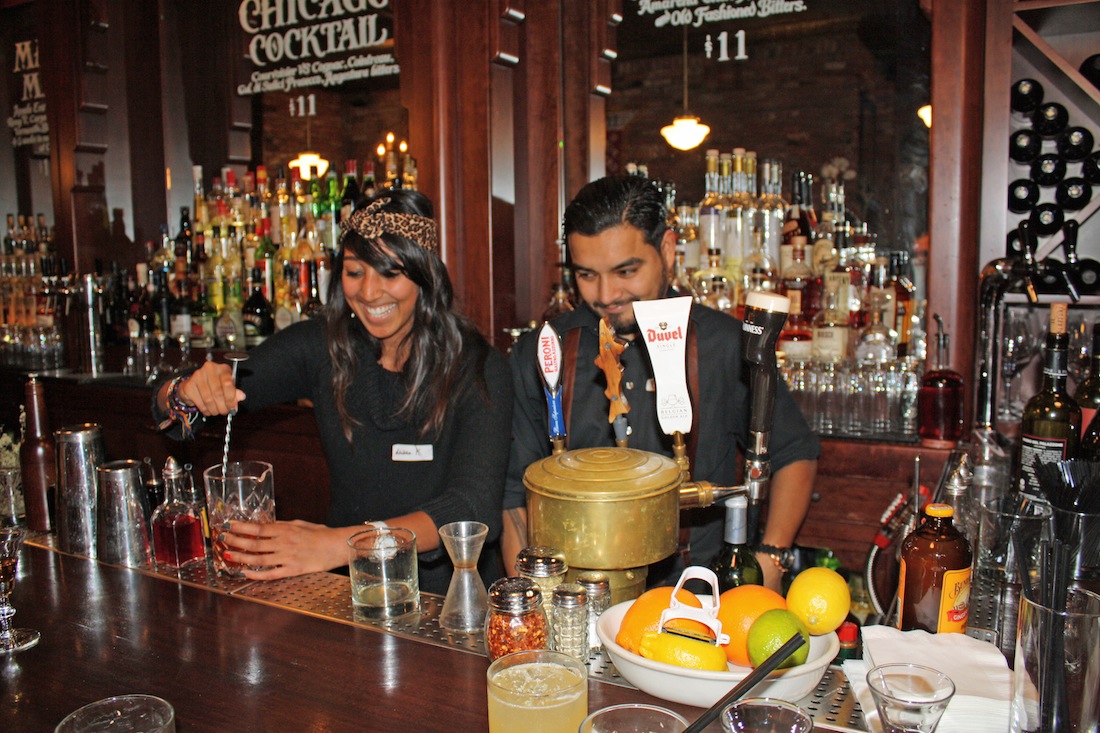 Bartending is a LOT harder than it looks 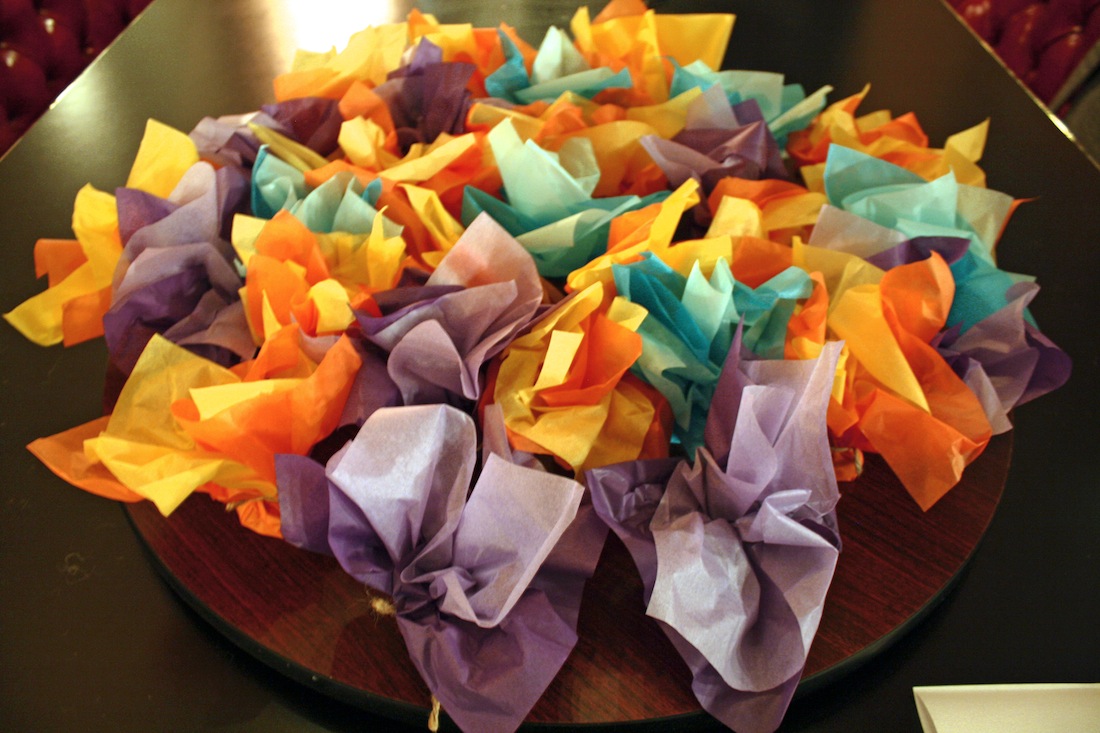 Whiskey stones all packaged up for parting gifts 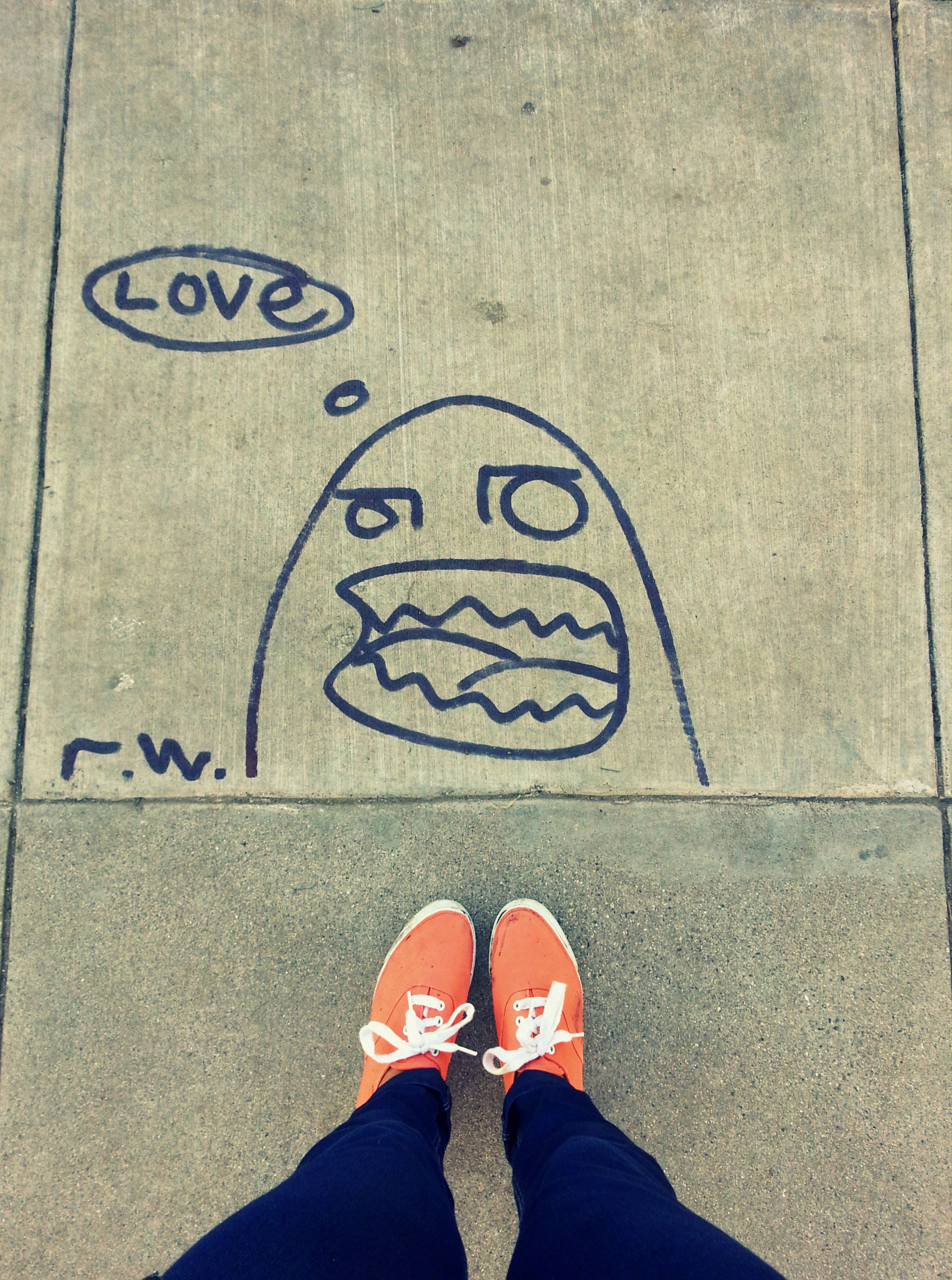 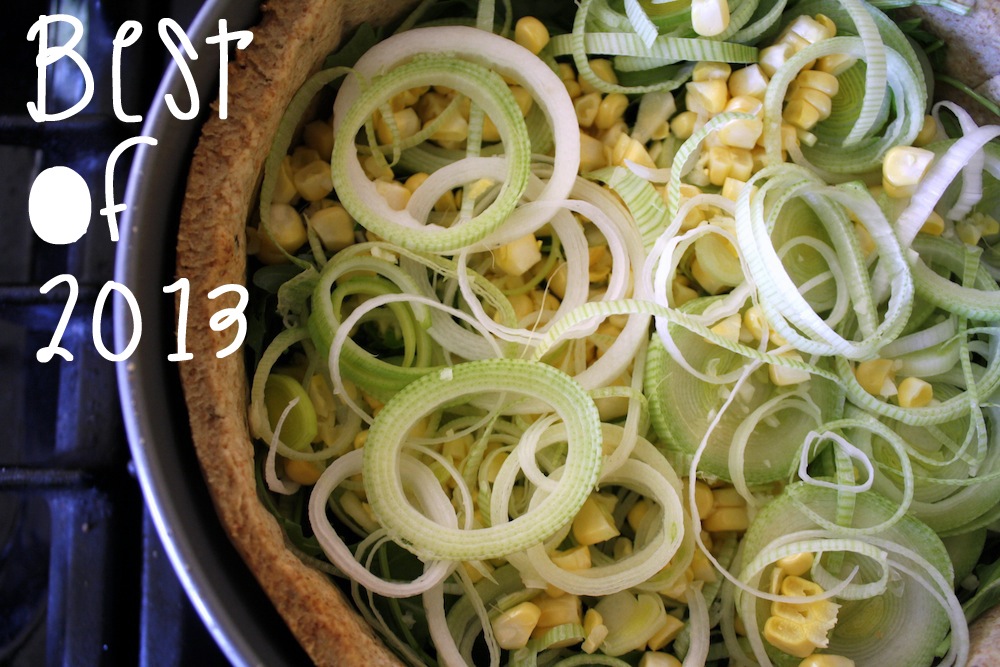 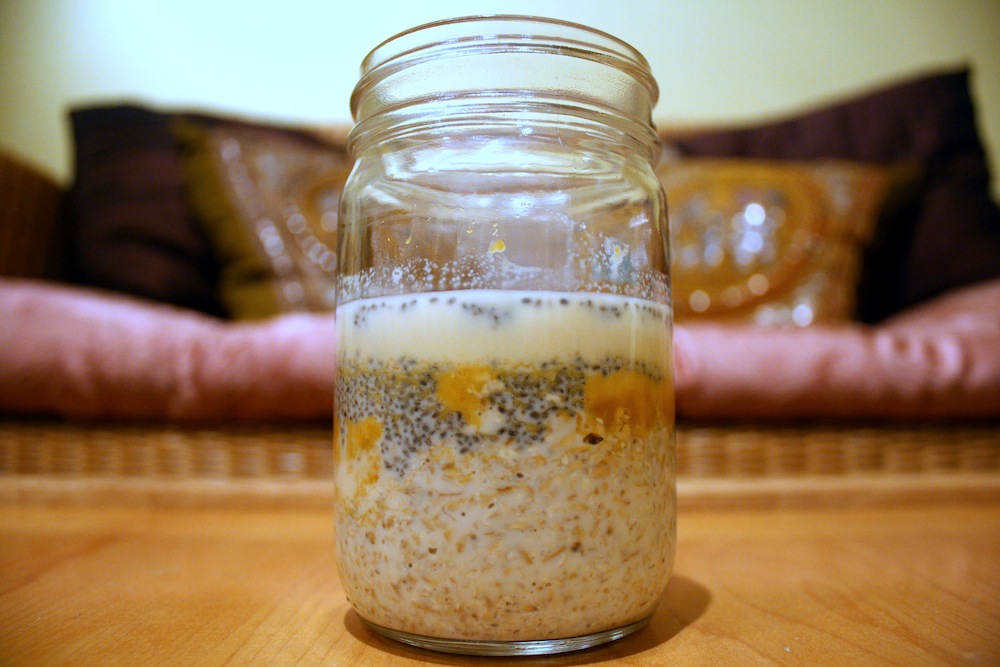