Life round here has been crazy. Between returning from Burning Man to resuming my projects at work to getting ready to leave AGAIN (Germany and Sicily as of this Thursday!), things haven’t slowed down, a stark contrast to life on the playa where time moved at the pace I chose it to.

One of the most difficult parts of getting back into my routine has been finding time to cook. My weekdays are filled with early workout classes to after-work dinners, and my weekends—well, I don’t even know. I’ve been loosely adhering to haphazard consistency, but I need to do better. So this past weekend, I did.

Friday: Cue Leon Bridges on repeat and the origin of this apple cinnamon pull-apart bread. Then cue three more loaves of it and a jar of dulce de leche because as what typically happens when I’m left alone in the kitchen for five hours, things gets lit.

This loaf is one of the best things I’ve ever made. For one, it looks RIDICULOUS. Stacks on stacks of cinnamon-flecked bread literally bursting out of the pan. It also tastes fantastic when paired with dulce de leche, a sauce I try to always have a jar of for occasions like these.

I’ve been giving this bread to anyone within a 3-mile vicinity of me (I have two more loaves to go), and it’s been so rewarding to see how much people love it. It’s been a reminder of how important it is to to take time for your passions. Nobody will tell you to plan for personal time, and really, that’s the most important time you have. And when you commit to it, it’ll once again move at just the right pace—not too fast.

For the dulce de leche: 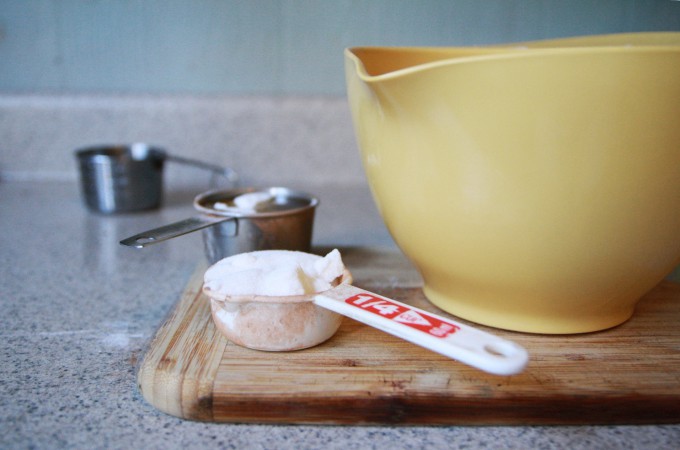