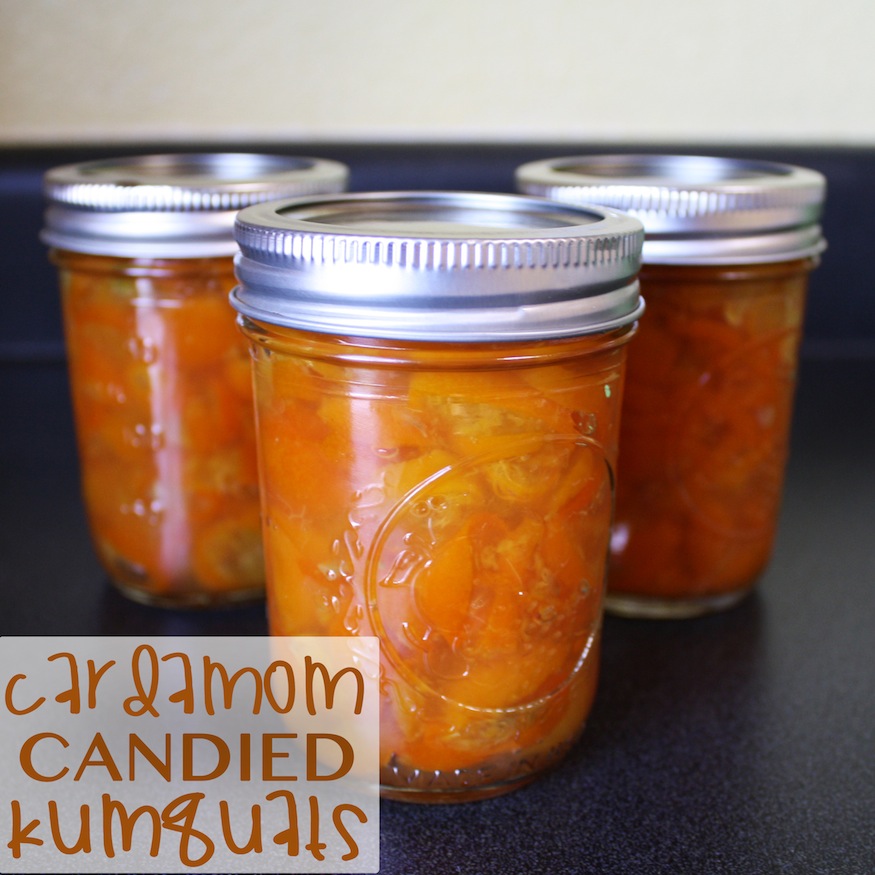 A few years ago, I visited a friend’s house in Southern California and saw a giant tree full of what looked like miniscule, oblong oranges hanging. My friend casually plucked a few and popped them into his mouth while I awkwardly looked on like he was insane – what do you mean you can just eat fruits like that, rind and all?

So that was my first run-in with kumquats. Now at every chance I get, I ask his family to send them to me because they are ridiculously expensive at the store and also ridiculously delicious, which puts me in a bit of a situation, you see. 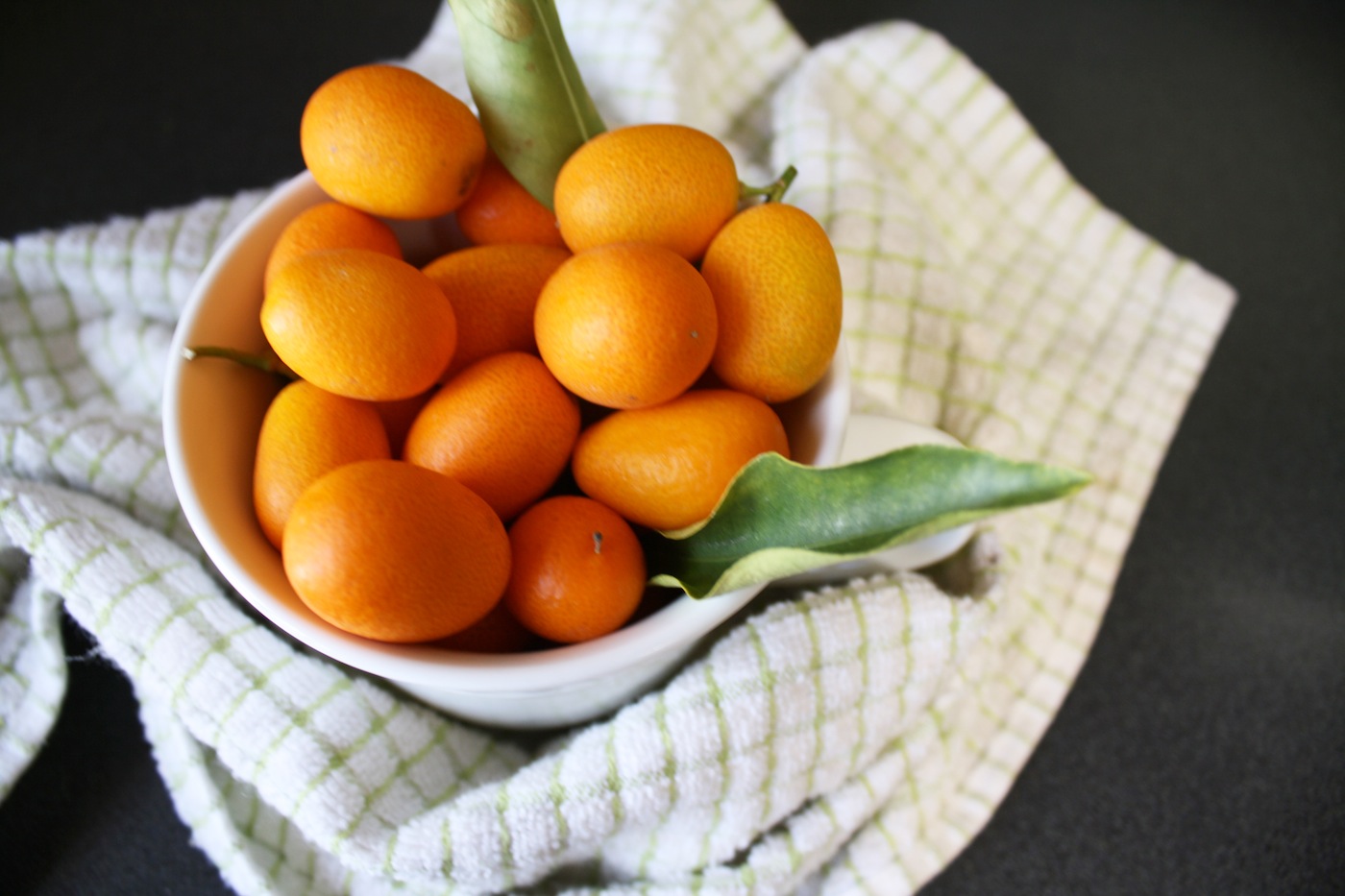 While not officially kumquat season, these orange relatives thrive in warmer weather, which is why they tend to grow well in places like Southern California and are shipped to the bay where we pay top dollar for them. Since I don’t get to have them in my produce shelf too often, I love candying the crap out of them so I can store them in jars and have them for months to come on toast, on ice cream, in salads, plain…honestly in any way.

And because I’m Indian, and I like to make sure people remember that from time to time, I throw some whole cardamom pods while cooking the simple syrup. The pods and seeds get strained out later, leaving a lilting, chai-like flavor that puts a twist on this recipe. 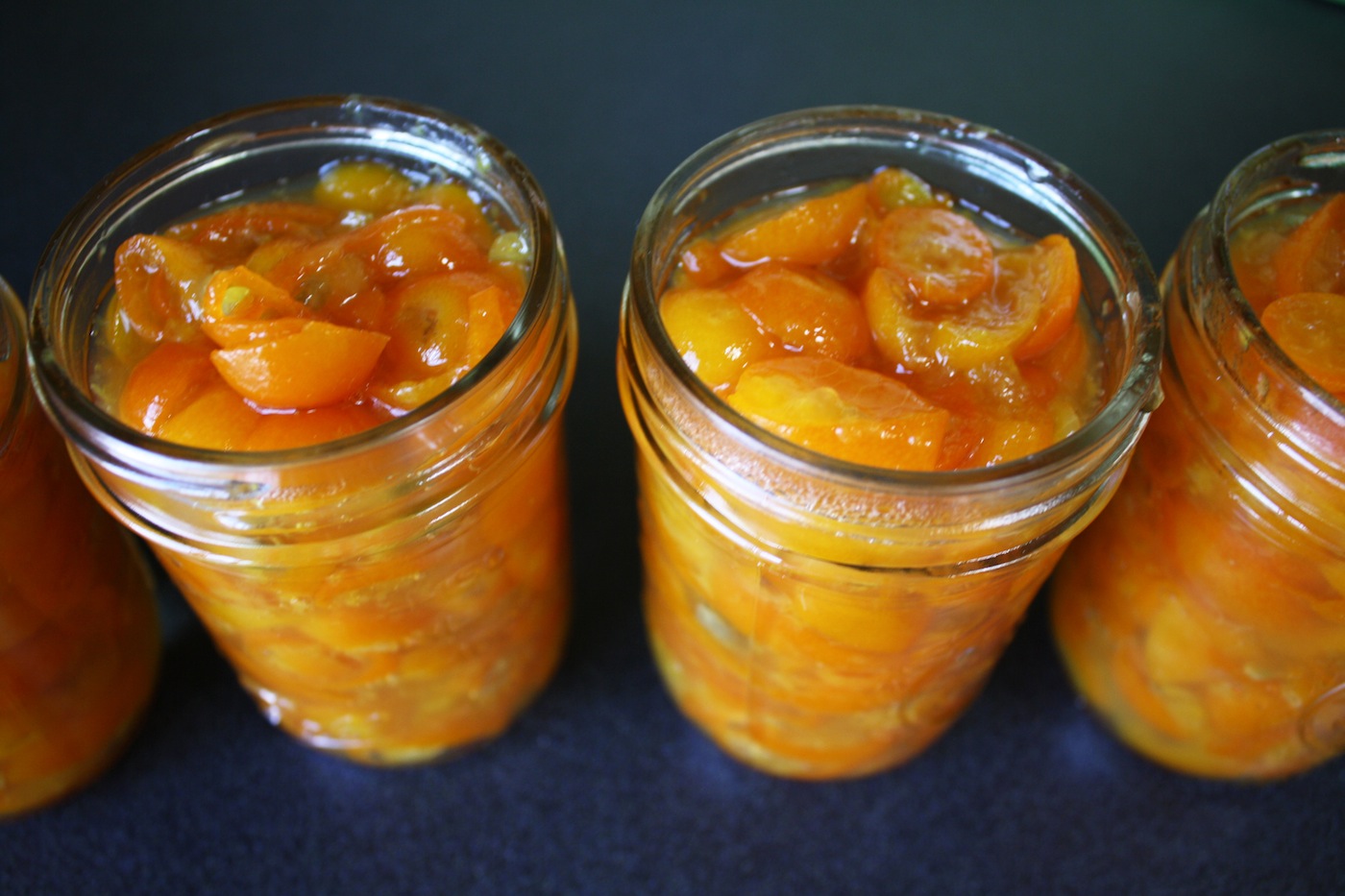 Sadly, I’m almost done with my kumquats, so if anyone would like to send some my way, I will return the favor with a jar of candied fruits, or perhaps some Kahlua Toast Crunch. Or both. If you are lucky. 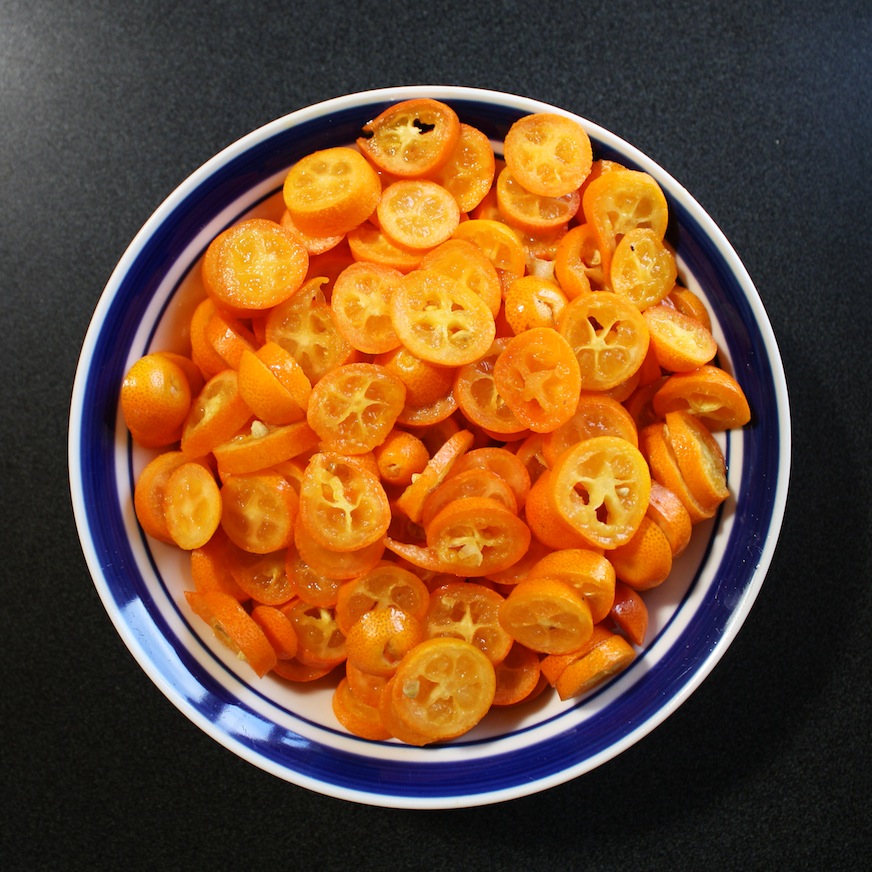 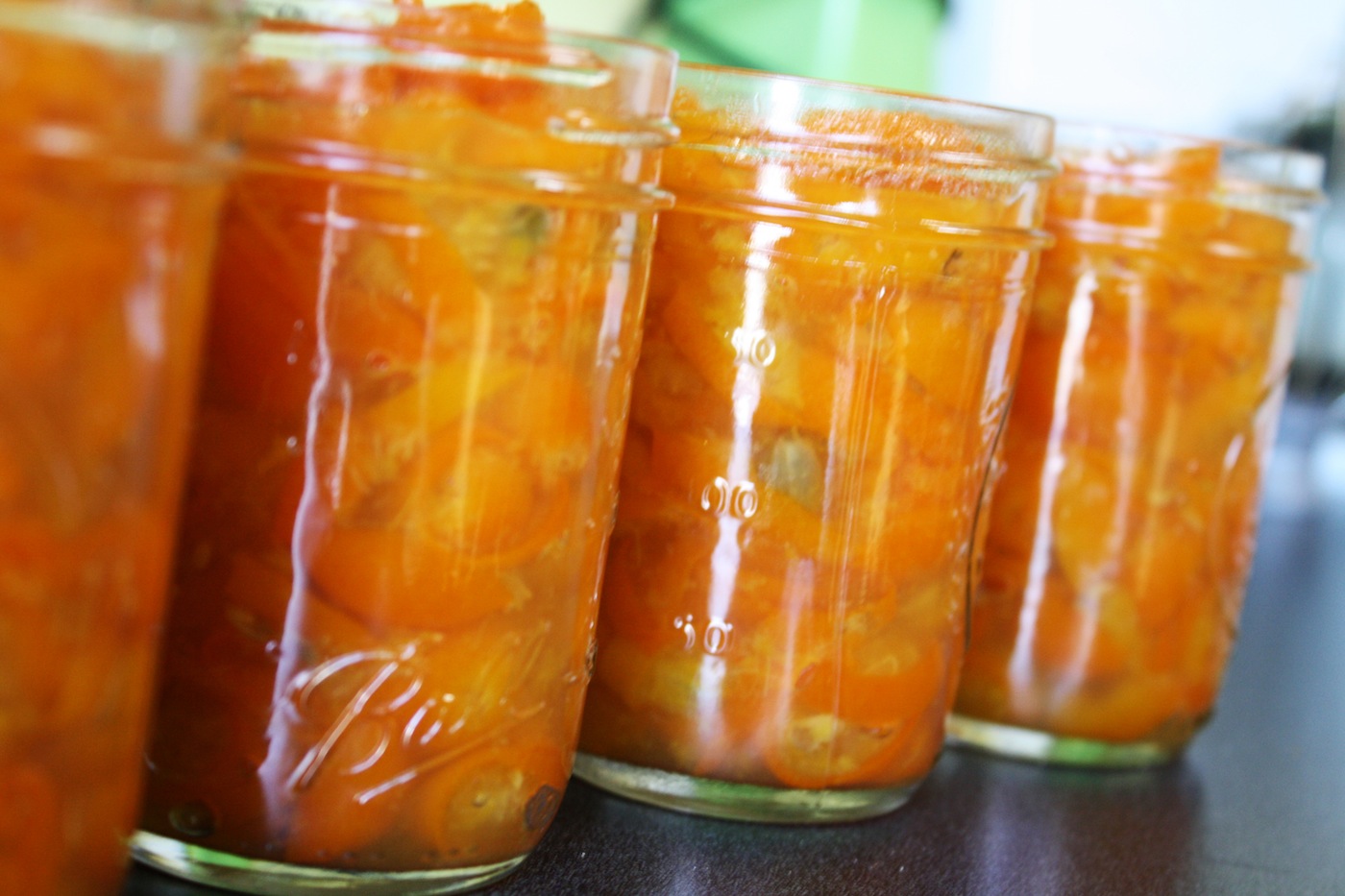 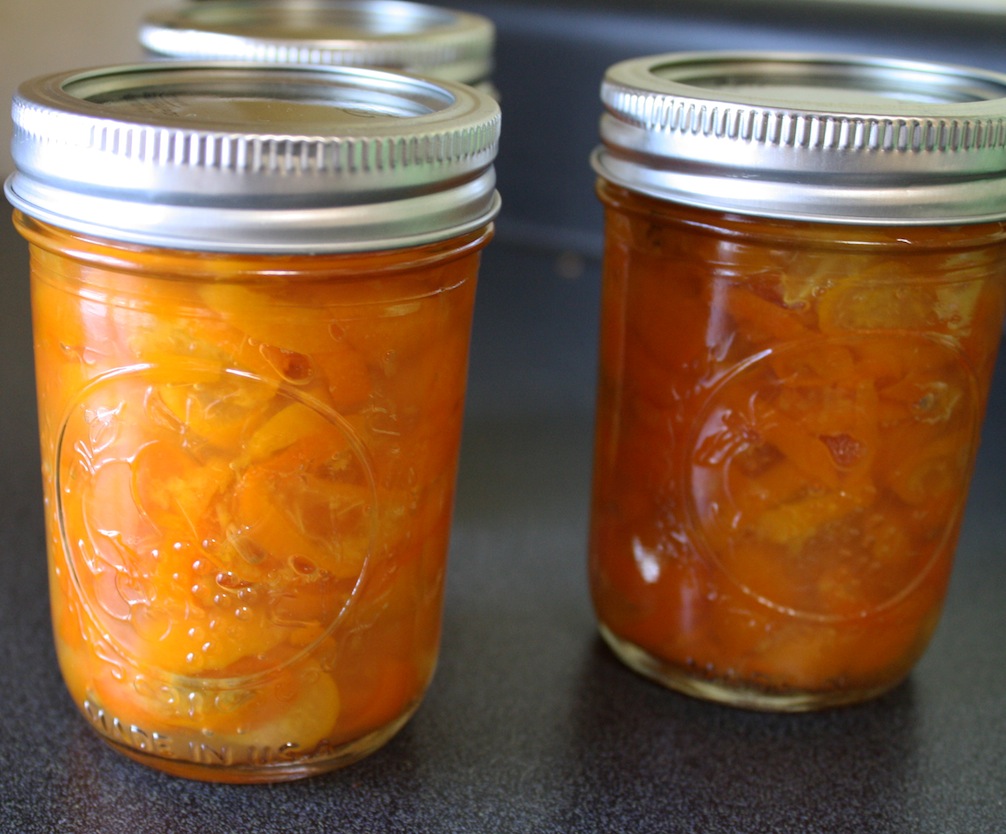 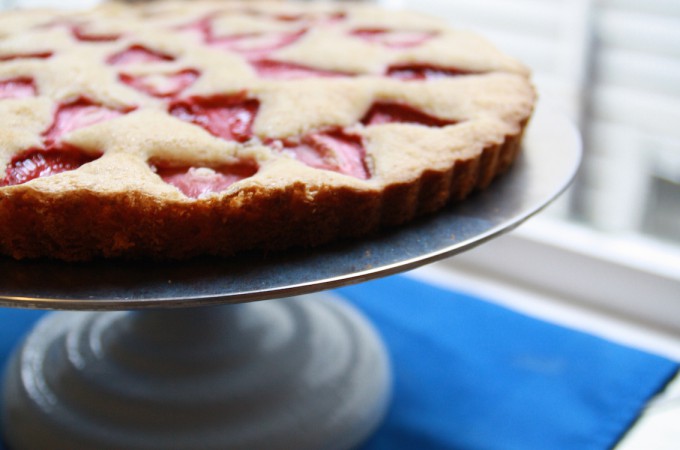 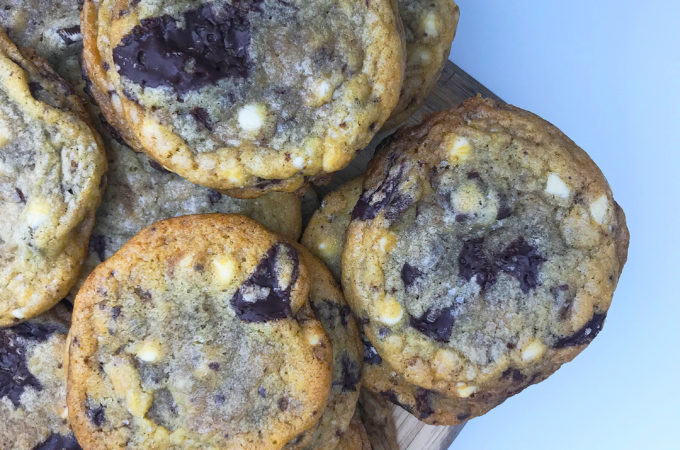